Debby Soo started her career as an intern for KAYAK to help the company grow, and now she’s its CCO. Soo’s parents owned a brick-and-mortar travel agency, specializing in bringing Taiwanese-conducted tours to the United States and Europe. “As a child, I spent every summer either in their San Francisco or Taipei office, folding flyers, filing, and, as I grew older, confirming reservations at hotels, restaurants and bus companies for the 100+ groups a month. Suffice to say, travel is in my blood!” she said to KARRYON Travel.

Most memorable travel experience? I spent three weeks in Medellin, Colombia while I was in business school. It was my first time in South America and I fell in love with the lush landscapes, the welcoming locals, the food (I had at least one Arepa every day) and the pace of life in Medellin. How has being in the travel business changed you? Working in travel has given me the perspective that the world, in all its vastness, is actually accessible to anyone who is willing and able to get on a plane/train/car/boat and make the trek. And while “making the trek” is not always fun, once you arrive at your destination, you can be presented with a reality that is so different from your everyday life. Travel can be life-changing, perspective-altering, and an all-encompassing experience and working in the travel industry has made me appreciate that planning and embarking on these experiences is just a click away on your mobile phone or desktop. 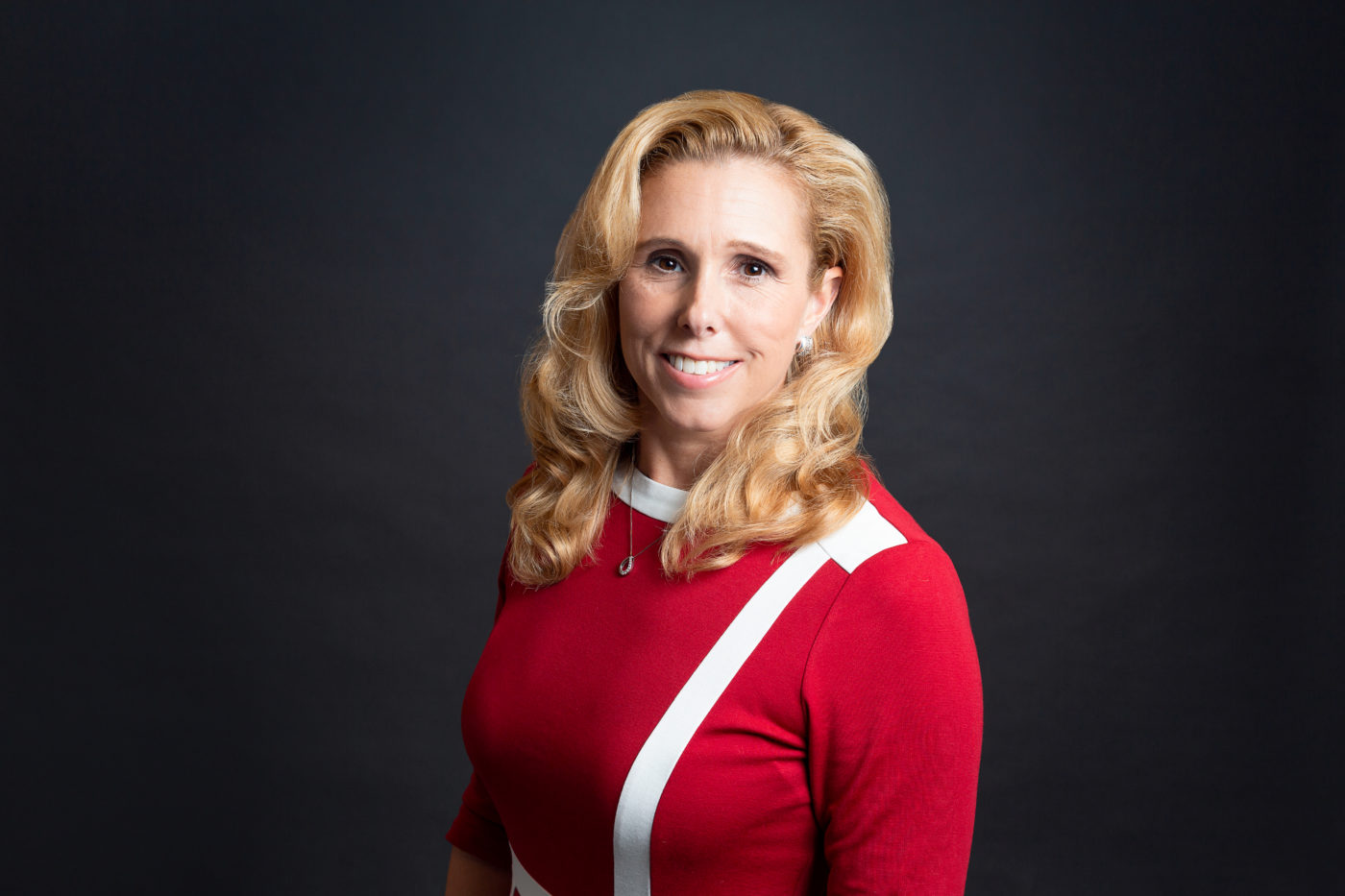 What’s your advice to women trying to break through the glass ceiling?  A study conducted a few years ago by the Peterson Institute for International Economics found that companies with more female representation in corporate leadership are generally more profitable than those with all-male leadership teams. As profit margins are critical for any business, these companies are now actively seeking to increase diversity across all levels including executive leadership. So I’d say the glass ceiling has been replaced by a mesh screen. And we’re not just poking through; we’re tearing it to shreds so that this isn’t even a question for the next generation of motivated female professionals. And my advice is find great mentors, always keep learning and don’t be afraid use your voice and share ideas and ask questions.  Ultimately treat business the way you treat your personal life — give it all you have, bring passion, energy, drive and pave your own destiny and a road for other women to follow.

Why aren’t there more women in the top positions at big travel companies? This is a very good question since we know that most travel decisions are driven by the female members of a typical household. Who better to anticipate the vacation needs of the market’s primary decision makers than a member of the female demographic? That said, the business environment is much better for women than it was in the past and we are already seeing more women in prominent positions. The residual impact of decades of bias toward male executives won’t dissipate overnight, but I’m proud to be part of an organization that recognizes talent regardless of chromosomal differences.

Why should travelers use an agency service to book their luxury vacations, instead of doing it on their own? Do they get a better value? More perks? Most people don’t repair their own vehicles, or perform their own bypass surgeries! That’s because we have experts we trust who are specialists in their respective fields. A study conducted by the American Society of Travel Advisors demonstrates that vacationers who book their trip through a travel professional rate their experiences higher than those who plan their own travel. Agents also know how to secure the best value-added perks and amenities.

What do you see as the future of the travel business? What will be the next big trend?

As Millennials overtake Boomers and Gen Xers as the primary market, the travel industry will work even harder with experiential offerings, carbon neutral operations and farm-to-table culinary programs that support sustainability. We’re going to see culture factor more prominently into hotel offerings and a greater emphasis on off-property activities as travelers are becoming increasingly adventure oriented. We can also expect the industry to take customization to new levels. 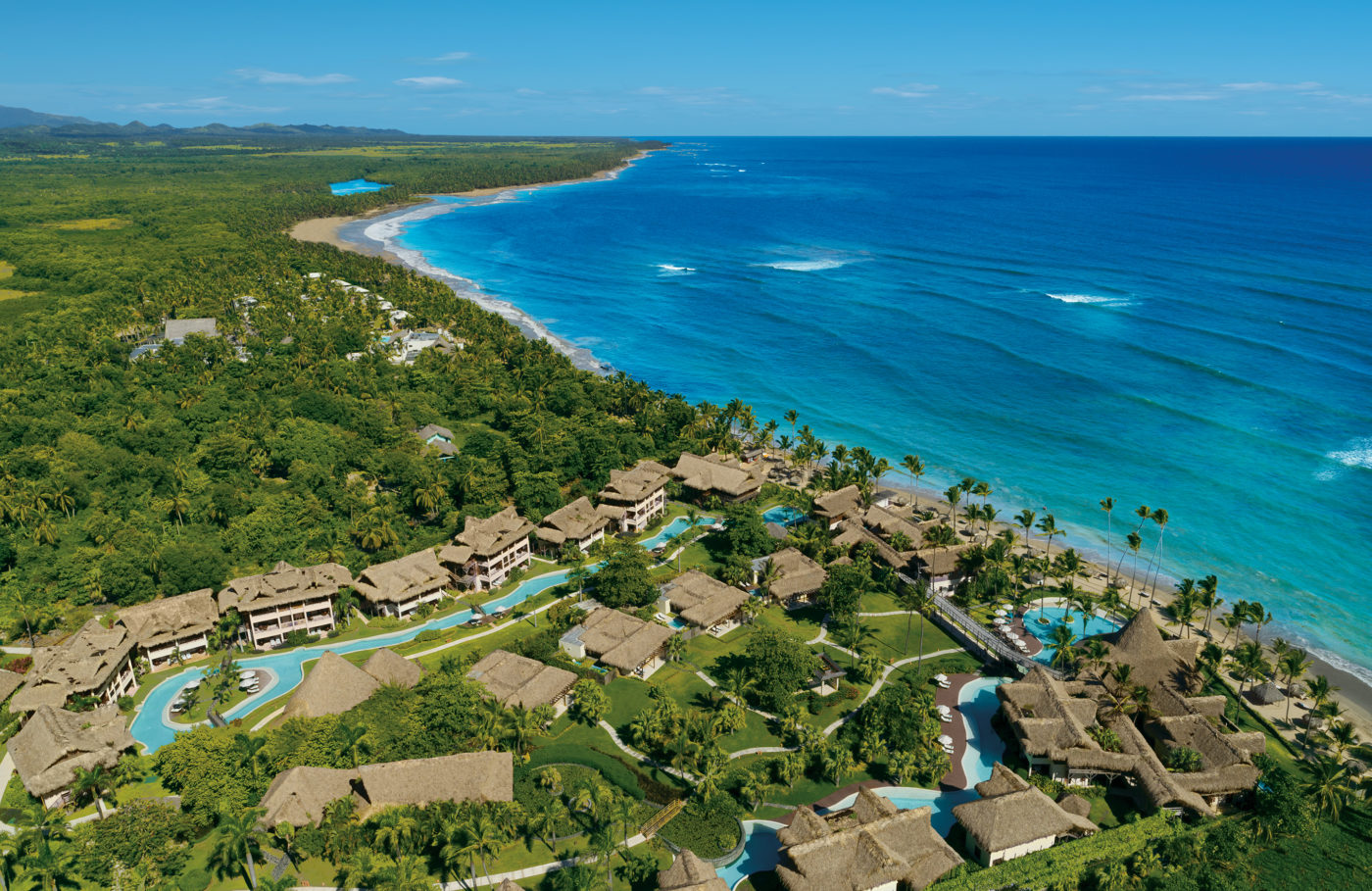 What is the most beautiful, special place you’ve ever gone to? In the past year I’ve visited the Dominican Republic more frequently than any other place.  I must say Punta Cana never fails to impress. It’s easily the best value for your vacation dollar in the Caribbean, which is also impressive considering it’s a luxury destination with impeccable accommodations, state-of-the-art spas, and a world-class service culture. Favorite hotel? My favorite hotel is probably Zoëtry Agua Punta Cana, a wellness oasis set amidst the lush trees of Uvero Alto. I’m also a big fan of Secrets Maroma Beach and The Vine Cancun in Mexico’s popular Cancun/Riviera Maya, the entire TRS Hotels portfolio from Grand Palladium as well as the new Hard Rock Hotel Los Cabos and Nobu Hotel Los Cabos developments on Mexico’s pacific coast. 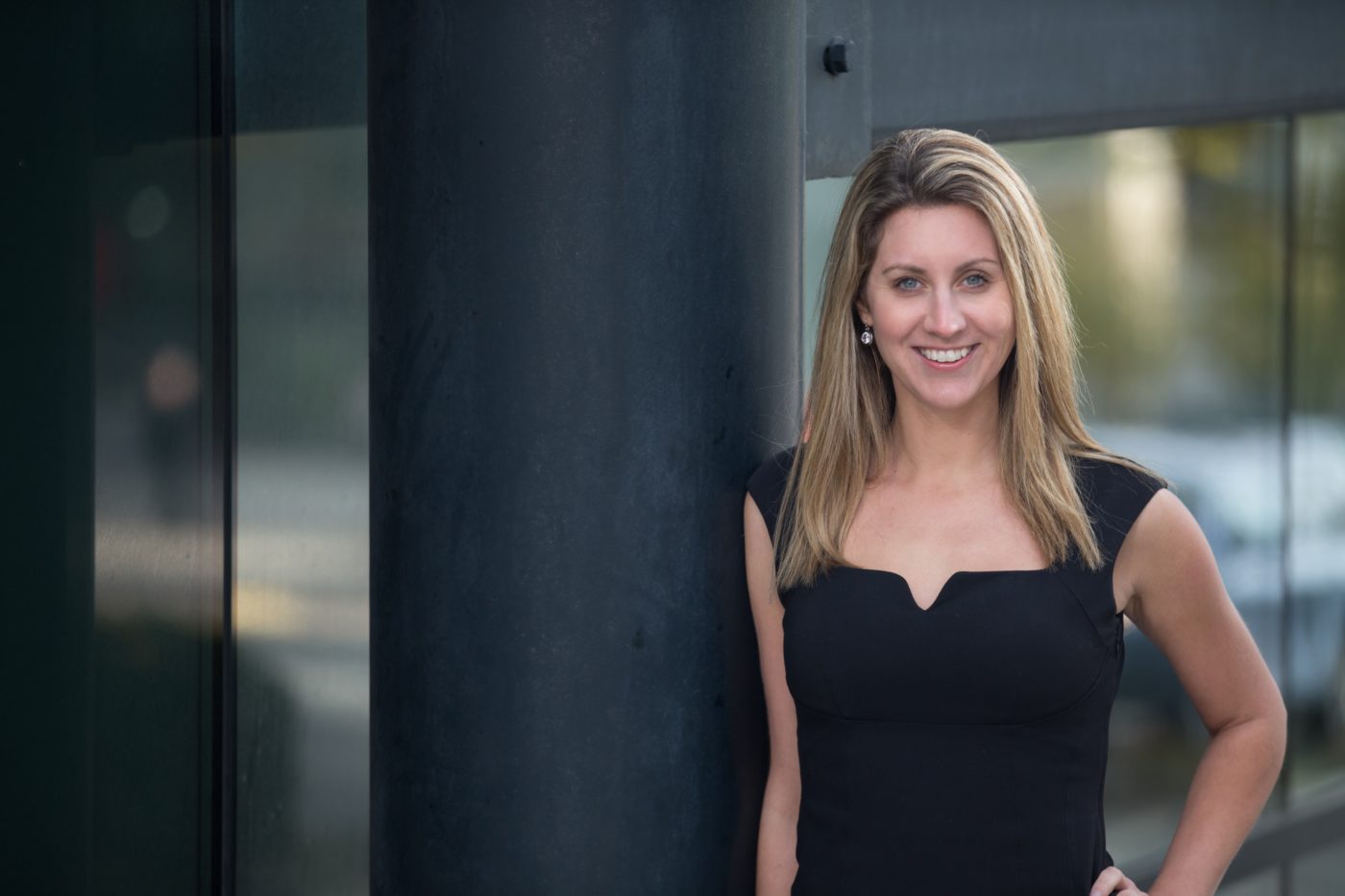 Rising up through the company’s communications department, Sarah was put in charge of global communications in 2015, a massive job where she is responsible for the PR and messaging for the parent company and acquired ertswhile rivals Travelocity, Hotwire, Hotels.com, Trivago, Orbits and Homeaway, among others. She reports directly to CEO Barry Diller and during her time in her current role the company has had a 400 percent stock price growth, no small potatoes. Her management has been a significant part of this.

She’s very much a people person who believes in direct, face-to-face contact and often brings her communications staffs from around the world together. “Actual face time — not the phone app, but in real life — builds relationships and trust,” she has said. She also instituted a process whereby when the company makes a new acquisition, it brings employees from previously acquired companies to meet the newly integrated staff, to discuss frankly what their experiences have been, good and bad. It “helps people feel empowered,” she told PR Week. These are very smart examples of focusing on the human component in a very tech-age business. 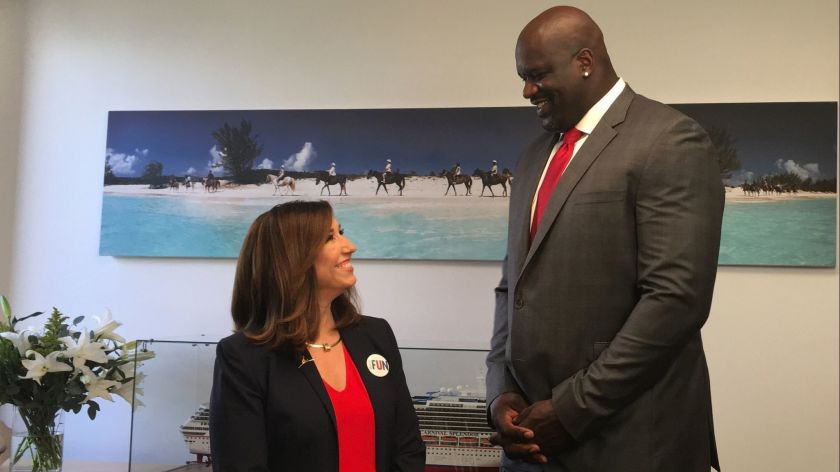 Pan Am told Christine Duffy she was too short to be a flight attendant and crushed her dreams of traveling internationally when she graduated high school. Flight attendants for the airline had to be 5-foot 4-inches tall, and Duffy measured an even five feet. Instead of going to college, Duffy became a receptionist for a travel agency, then a travel agent herself. She’s been the President of Carnival (the largest cruise line in the world in terms of passengers and number of ships) since 2015.

Her first year on the job, she made a point to visit every ship in Carnival’s fleet, employing a more personal management style with the company’s employees. “Visiting our ships regularly and making these connections sets the tone and gives us a lot of insight into what’s working well, areas we can improve and ideas for innovation,” she said to the Los Angeles Times.

Fifty percent of the U.S. population is within a five hour drive of a Carnival cruise ship port, which Duffy uses to her advantage with the company’s recent rebranding efforts and encouraging potential cruisers to “Choose Fun,” telling Brandchannel, “They don’t have to fly necessarily, you can get in your car and drive. And you know for our guests and for people who are traveling with mostly members and extended family groups it just makes all the value of what you get for that vacation just go that much further.”

As far as women executives in the travel, Duffy thinks the cruise industry is ahead of the curve, telling the Miami Herald, “I’ve always been focused on women leadership issues for the broader travel industry, and it’s a reality that most people who work in travel and tourism are women, and yet a small percentage of those women are actually in management or leadership. I would say the cruise industry, as a segment of the travel industry, is much further ahead than other parts of the industry when you look at the changes that have happened,” referring to her appointment in 2010 as the first female president of Cruise Lines International Association. That that, “too short!” 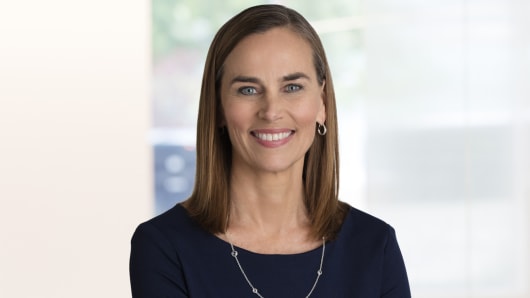 “Leeny”, as she is affectiontely known, has held many executive positions since she joined Marriott last century (in 1999, we’re being cute) including being the company’s Senior Vice President, Corporate and Development Finance from 2008 to 2013, when she became the Chief Financial Officer for The Ritz-Carlton (a subsidiary of Marriott), until taking on her current role of Chief Financial Officer of the whole company, which happens to be the biggest hotel company in the world, on January 1, 2016.